The refinancing con you need to know about

Your mate Mark’s throwing a Bubble Ball party for his kid. You’re there, beer in one hand, plate of fairy bread, Smiths BBQ chips and Allens Snakes in the other. The kids are high on sugar, and you probably are too. Life’s good. Until Mark begins droning on about the super-low rate ANZ have got him on when he refinanced.

Mark reckons he’s got himself a sweet deal. He’s chopped a half percent off his rate, AND he’s kept the missus happy because he got the thumbs up for an extra $65,000 for a new open-plan kitchen.

Suddenly, you’re not so high any more. You want what he’s got. You’ve got plenty of equity and only 15 years left on your mortgage.

Thankfully, though, despite the temptation, you’re smarter than Mark. Because you’re not buying the BS the banks are selling.

Bank: Sure you can have that extra $65,000! How much would you like to repay each month?

You: Uhhh, whatever it takes to keep the term of the loan the same.

It’s the bank’s job to keep you with a mortgage, to maintain the principal portion of your loan so they can continue to calculate interest every day and charge it to you every month.

They’ll suck you dry any way they can and the biggest con going around is the refinance for an extended term. When you do this, you go straight back to your repayments being roughly 80% interest and a measly 20% principle. Madness.

Do you really need the kitchen reno? This is where people get burnt. Mark had 15 years and $300,000 on his mortgage. He refinanced for $365,000 at 4% and the bank told him he could even decrease his repayments by $300 per month if he refinances on a 25-year term. Mark’s like, “How bloody good is this? I got a pay rise with a new kitchen thrown in for free!”

Every dollar in interest you pay is a dollar you could have kept in your back pocket for something more worthwhile—like giving your kids a head start.

Think of it like this: your mortgage is like a credit card, only it works even better for the banks. They’ve got their money secured over an asset that increases in value and they’ll continue to offer you more money as that value increases.

It’s such a beautiful thing for them, because we become so programmed to making the repayments we never question it. Apathy sets in. We begin to feel like we owe them more than money. Like they’re the good guys.

When you refinance, do this:

If you’d like to know how to pay off your mortgage a whole lot faster, we can show you. And you can use what you’ve got to get what you want most in life—financial peace of mind

Thank you for downloading our free ebook 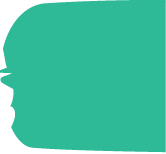